The must-visit museums and art galleries in Rome

The Eternal City is home to some of the most renowned museums, art galleries and villas in the world. From the world-famous Sistine Chapel at the Vatican Museums, to Renaissance sculptures and paintings at Galleria Borghese, and striking exhibitions at Complesso del Vittoriano and Chiostro del Bramante, there’s sure a lot of museum visiting to do in Rome. Here are some of the best  museums in Rome to keep on your radar.

Founded by Pope Julius II in the early 16th century, the Vatican Museums display some of the most astonishing artworks you will ever see in your lifetime. The museums display works belonging to the Popes’ personal art collections throughout the centuries, including some of the most prominent classical sculptures and masterpieces of the Renaissance. The Sistine Chapel, whose ceilings are filled with Michelangelo’s one-of-a-kind frescoes, is on its own a reason to visit this centuries’ old museums. Not to mention the iconic spiral staircase designed by Giuseppe Momo in 1832, made of two iron stairways that form a double helix – no wonder it’s one of the most photographed staircases in the world! When you make your grand entrance into the Vatican Museums, prepare to be swept away by the four Raphael Rooms, which make up the public area of the papal apartments. Not only being inside the Pope’s apartments will give a chill down your spine, but the jaw-dropping frescoes by Raphael and Michelangelo will without a doubt contribute. And if you are a sculpture-lover, prepare to be amazed at the Gallery of Candelabra, where ancient sculptures await you! While you’re at the Vatican Museums, you cannot miss out on the opportunity to visit the sensational Vatican Gardens, known as the “Green Heart of the Vatican”,

The Musei Capitolini are the most ancient public museums in the world, founded by Pope Sisto IV in 1471. To reach the museums, walk up the beautiful flight of stairs  designed in the 15th century by Michelangelo Buonarroti, which will take you to Piazza del Campidoglio. The Musei Capitolini are a must-visit for people into historical artefacts, statues, sculptures, and mosaics. Just strolling in Piazza del Campidoglio will leave you breathless, thanks to the stunning sight of the bronze statue of Marcus Aurelius on his horse. But the Musei Capitolini aren’t just for historical enthusiasts. Apart from the collection of historical artefacts, there are also seasonal exhibitions which should not be missed. From Italian artists to international artists, expected artworks and exhibitions from all around the world. When you’ve finished visiting the museums, don’t miss out on the stunning Terrazza Caffarelli, a magnificent terrace where you can enjoy a breathtaking view of Rome. And why not, also an espresso from the museum bar!

There’s a reason why you need to book your tickets in advance for the Galleria Borghese.  From stunning artworks by Bernini and Raffaello, prepare to be swept away by this incredible art gallery in the Villa Borghese gardens. The Borghese Gallery was built to host the art collection of Scipione Borghese, who’s art collection was one of the biggest, if not the biggest, of his time, and makes up most of the gallery’s collection. As you step inside this 17th century villa, you will be wowed by the sculptures and paintings of Bernini, Raffaello, Tiziano, Caravaggio and many many more. Not to mention the masterpieces by Antonello da Messina, Giovanni Bellini and Canova. The rich Borghese collection ranges from sculptures and ancient mosaics, to paintings and sculptures from the 15th to the 18th centuries. Bernini’s marble sculpture, Apollo and Dafne, along with Canova’s scultpure of Paolina Borghese, are enough of a reason to visit the Galleria Borghese. Not to mention the striking Ratto di Proserpina, where the hands of the God touching Proserpina’s skin actually seem as if they are sinking into her skin.

Via Guido Reni, 4/a
fondazionemaxxi.it

MAXXI is a contemporary art museum inaugurated in 2010 in Rome’s Flaminio neighbourhood, just a 5-minute drive from Piazza del Popolo. It was designed by the extraordinary late Iraqi architect, Zaha Hadid. This magnificent contemporary art museum was designed as a multifunctional space, and represents the importance of communicating and expressing creativity. Art is a means through which humans express emotions, thoughts and history, and it is MAXXI’s aim to become a center for communication, arts and innovation. MAXXI has a permanent contemporary art collection as well as an architecture collection. But it also hosts temporary art exhibitions and events. 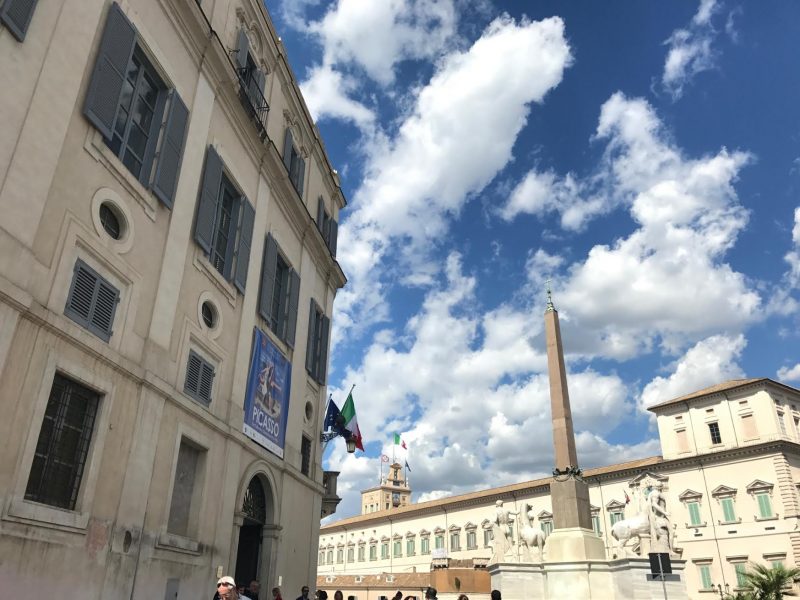 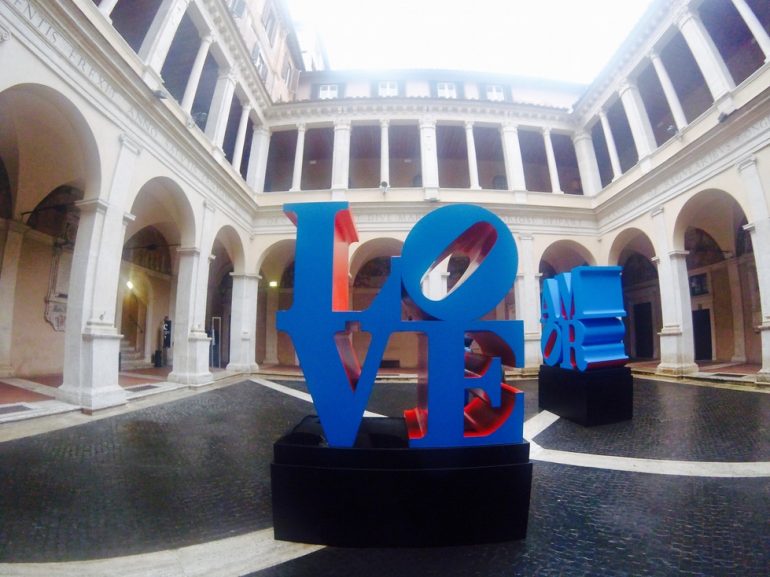 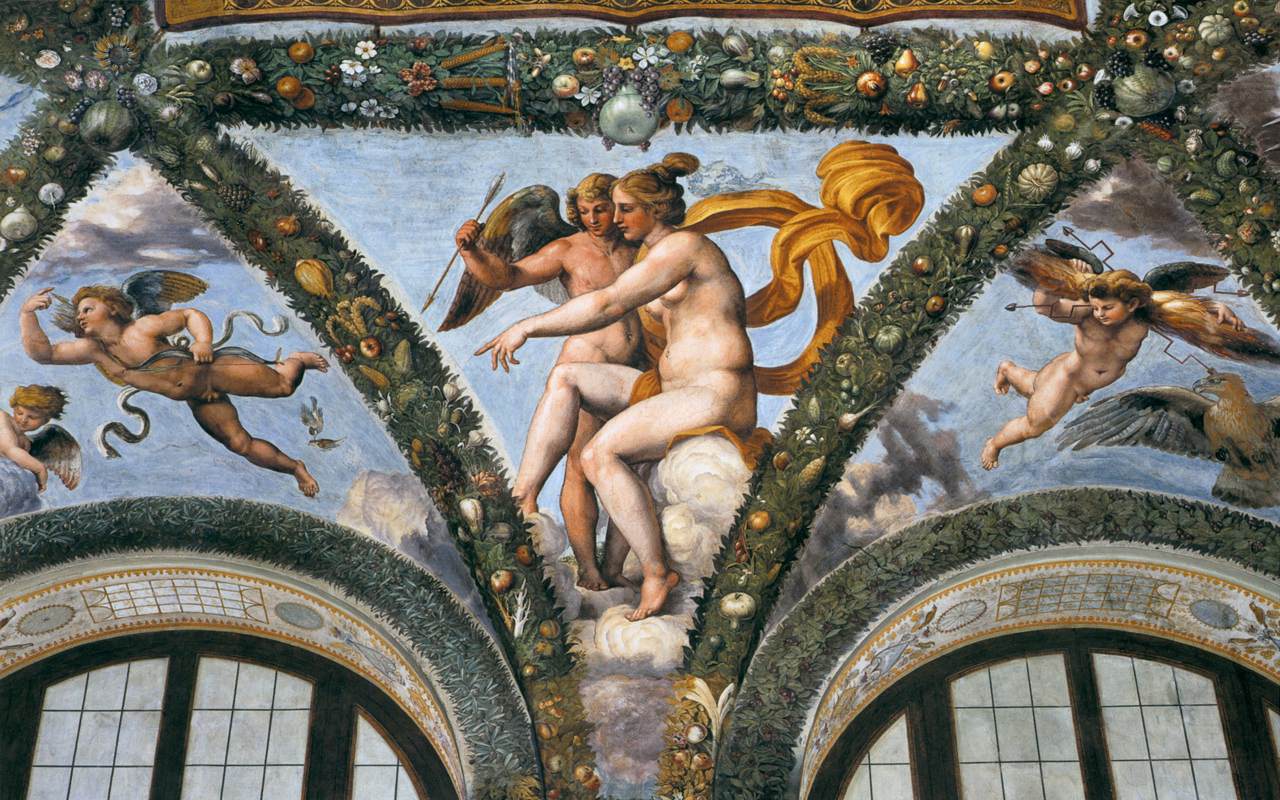 Built in the early 16th century and designed by Bramante’s pupil, Baldassarre Peruzzi,  Villa Farnesina represents a masterpiece of Italian Renaissance. In 1511 Villa Farnesina was designed for Agostino Chigi, a wealthy Sienese banker, who had decided to build it for his lover. The magnificent Villa Farnesina is situated in Trastevere and consists of a central structure with a five archway loggia that unfolds into two sections laid out on six different floors. Raphael’s breathtaking frescos are painted on the walls of the loggia, depicting a beautiful mythological fresco of Cupid and Psyche.  Note to mention all the frescos by Sebastiano del Piombo, Giulio Romano, Giovanni Bazzi, Giovan Francesco Penni and Baldassarre Peruzzi. After your visit, the beautiful Italian gardens are a must-visit. 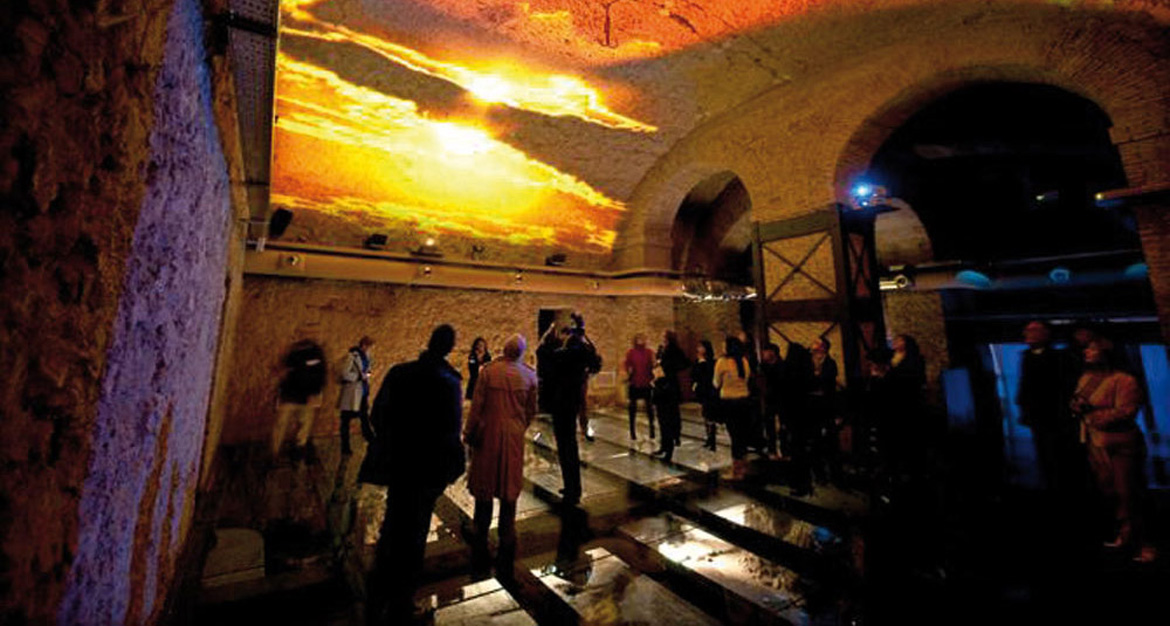 Footsteps from Piazza Venezia you’ll find Palazzo Valentini. But it’s not just Palazzo Valentini itself that’s a true gem, it’s what’s underneath it that is truly worth the visit! Beneath the 1585 palazzo lie the captivating remains of Imperial Rome’s Patrician homes, known as Domus Romane. The “Domus”  belonged to influential Roman families, and display the remains of mosaics, polychrome floors, blocks, sculptures, wall paintings, decorations and so much more. Apart from the fascinating ruins, you will also watch a video that shows the virtual reconstruction of these Roman Domus. In the video, you will get a glimpse of Roman everyday life, allowing you to perfectly picture how these Roman houses used to look like, admiring how each space in the Domus was important. The graphics used to portray this video will make history come back to life. 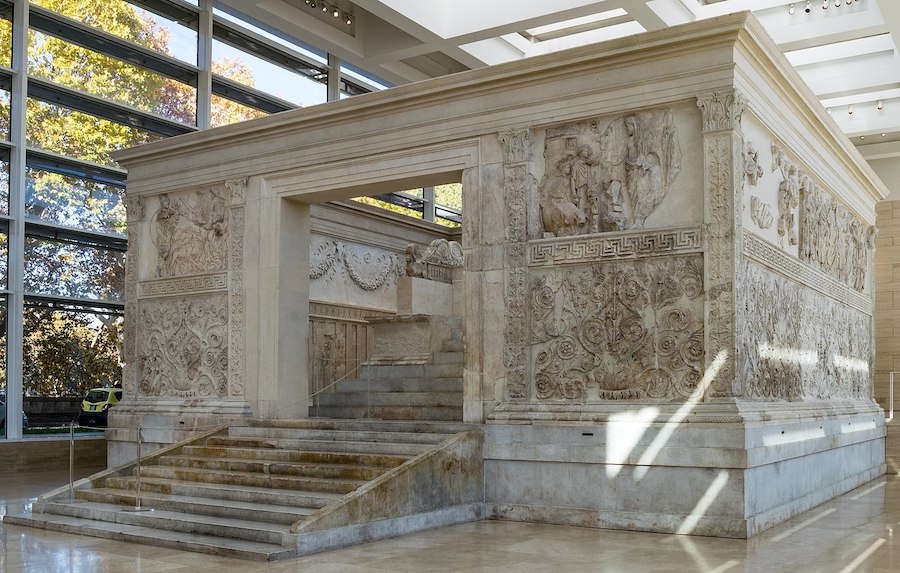 The Ara Pacis Museum is for Roman artefacts and history enthusiasts. Situated in the heart of the historic center, footsteps from Via del Corso and Piazza del Popolo, the Ara Pacis Museum hosts beautiful exhibitions as well as permanent collection of  Roman artefacts.  The museum reopened to the public in 2006 after a long period of reconstruction to ensure the preservation of the Ara Pacis – an altar dedicated from Augustus in 9 a.c. to Pax in the Augustan era – a goddess of Rome. It was redesigned by the American architect, Richard Meier, on the basis of contrasts between lights and shadows and gives access to the monument of the Ara Pacis, ensuring complete silence through the 500 mq veranda of crystals. The museum hosts beautiful exhibitions as well as displaying artefacts of the origins of Rome all the way up to the glorious Augustus era.

Verona travel guide: what to do and where to eat