Visiting Palazzo Colonna: the Baroque jewel in the heart of Rome

Having a place almost to myself? In Rome? As much as you may think it’s impossible, it’s actually very much possible. Many travelers come to Rome to end up cramming the most famous monuments into their trip, often leaving out stunning gems that are absolutely worth a visit. Among these are the aristocratic palazzos of Rome, owned by ancient noble families that have opened them to the public on select days of the week. One of my favorite ones is the regal Palazzo Colonna, on Via della Pilotta, where the Colonna family still resides after eight generations.

Palazzo Colonna is one of the dreamiest palazzos I have ever seen. Trust me when I say that “breathtaking” doesn’t quite cover the beauty of this private residence. It’s a Baroque jewel in the heart of Rome boasting a terrific art collection, stunning frescoed ceilings and walls, the private apartments of Princess Isabelle, the Padiglione Pio and even an enchanting garden on the Quirinal Hill. It’s one of the largest and oldest noble residences in Rome, its construction began in the 14th century at the behest of the Colonna family, who takes its name after the town Colonna, near Rome. The walls of the entire residence are covered with artworks by artists like Pinturicchio, Cosmè Tura, Carracci, Guido Reni, Tintoretto, Salvator Rosa, Bronzino, Guercino, Veronese, Vanvitelli and many others. The Palazzo is open for visits every Saturday from 9am to 1.15pm (last entry), with entrance on Via della Pilotta, 17. I didn’t have time to visit the gardens and the Padiglione Pio but they said I could go back with the same ticket within 30 days to visit them and just pay the difference. 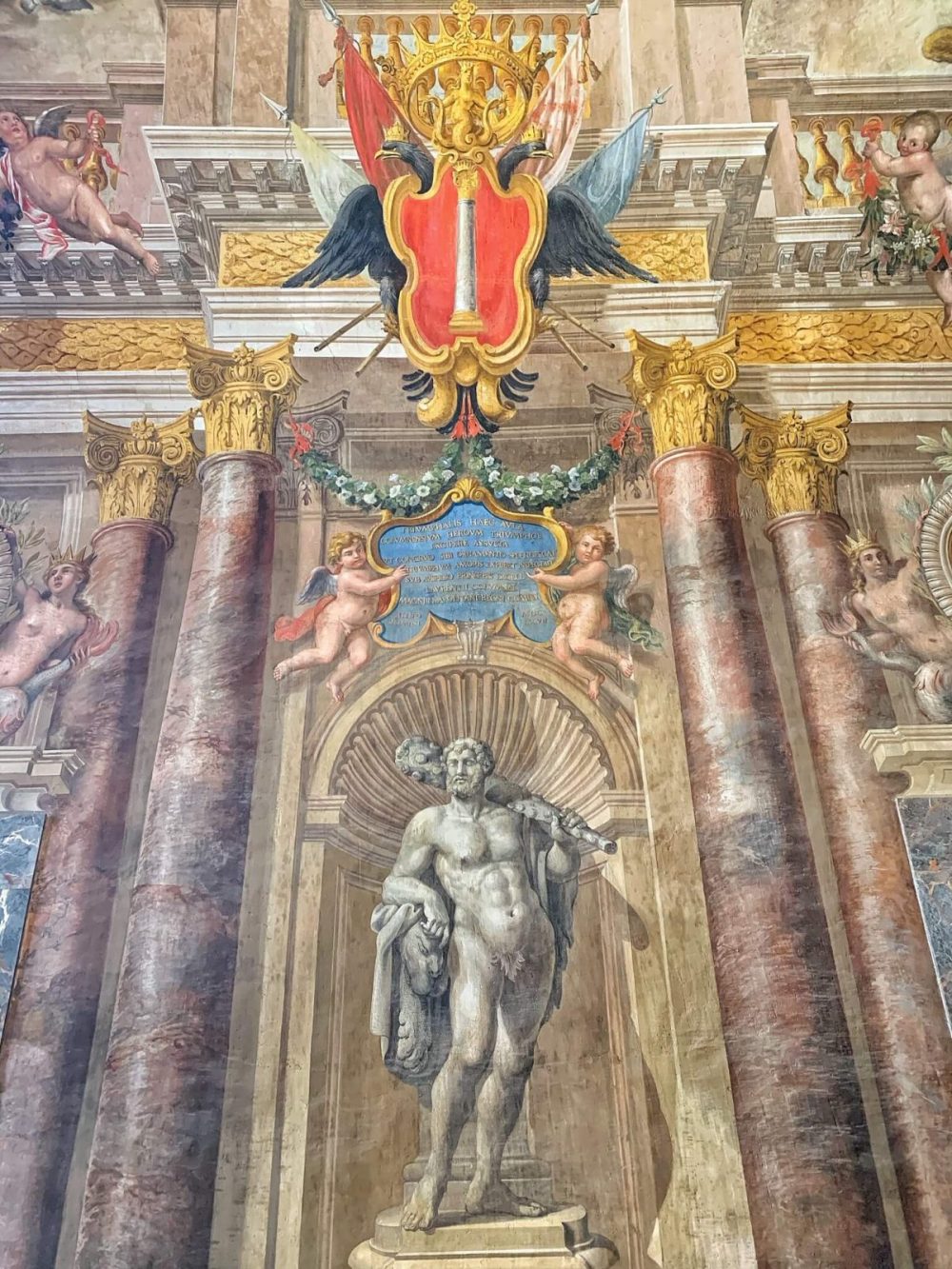 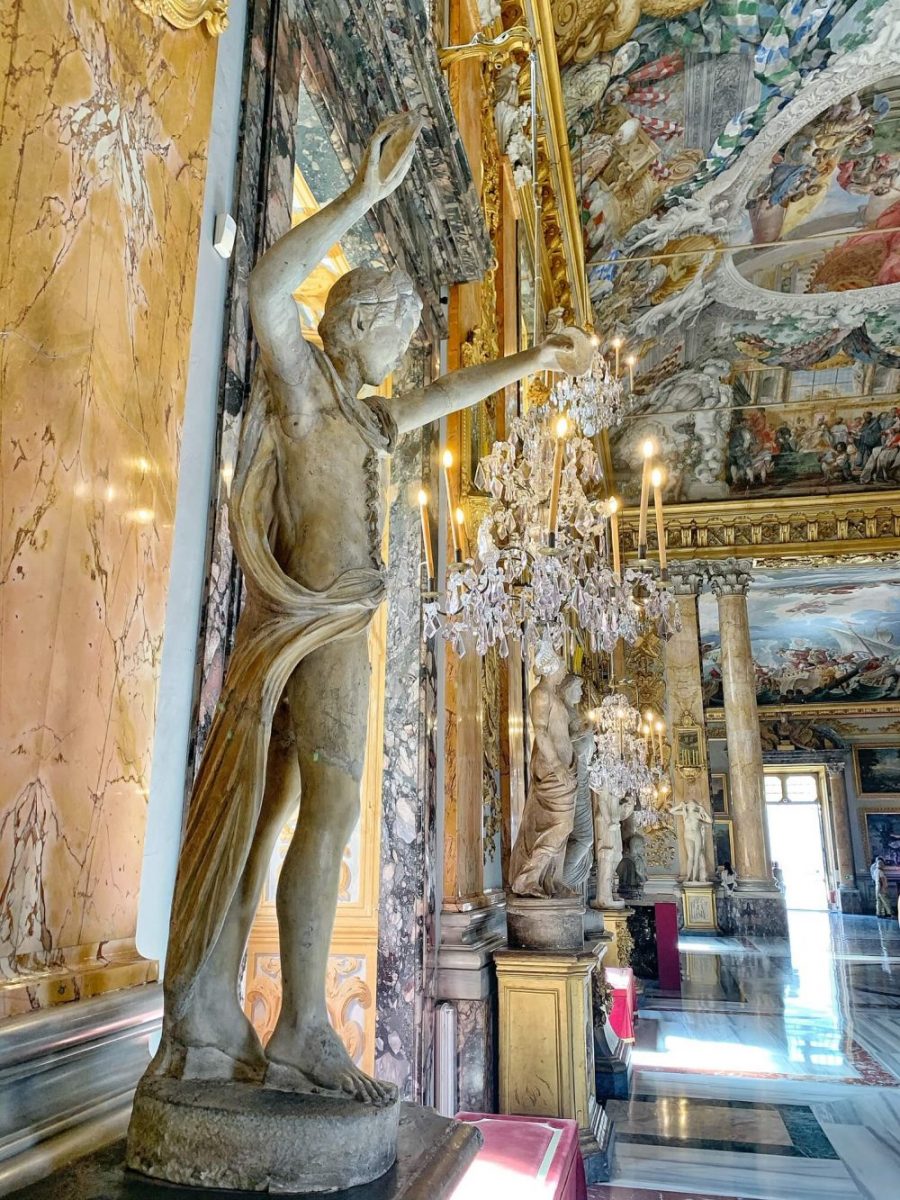 The Colonna Gallery is a true masterpiece. Prepare yourself, you’re going to be in awe. Even though almost every inch of the walls is covered in artworks, you don’t have to be an art enthusiast to appreciate the beauty of this gallery, which was commissioned in the 17th century by Cardinal Girolamo I and his nephew Lorenzo Onofrio Colonna, and inaugurated 100 years later by Filippo II. Just so you understand the geniuses behind the structure: the original project of the Galleria was by architect Antonio del Grande but was then integrated by Gian Lorenzo Bernini, Johan Paul Schor and Carlo Fontana in the last 10 years of the 17th century. The most stunning room is surely the Great Hall: tall frescoed ceilings, sculptures, mirrors, gigantic artworks set in golden frames, multi-colored marble floors and giant chandeliers, not to mention the four outstanding painted mirrors by Mario de Fiori. 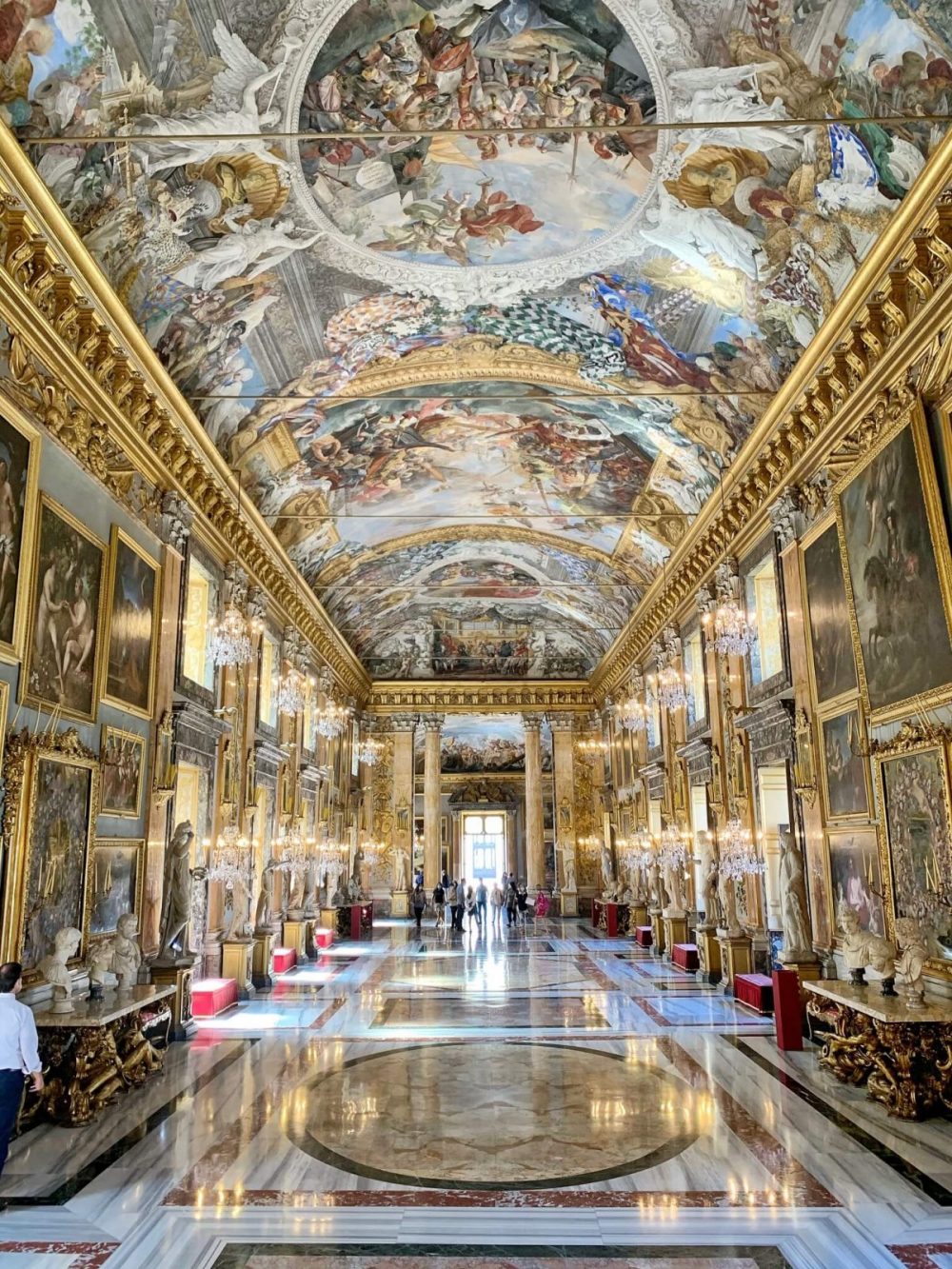 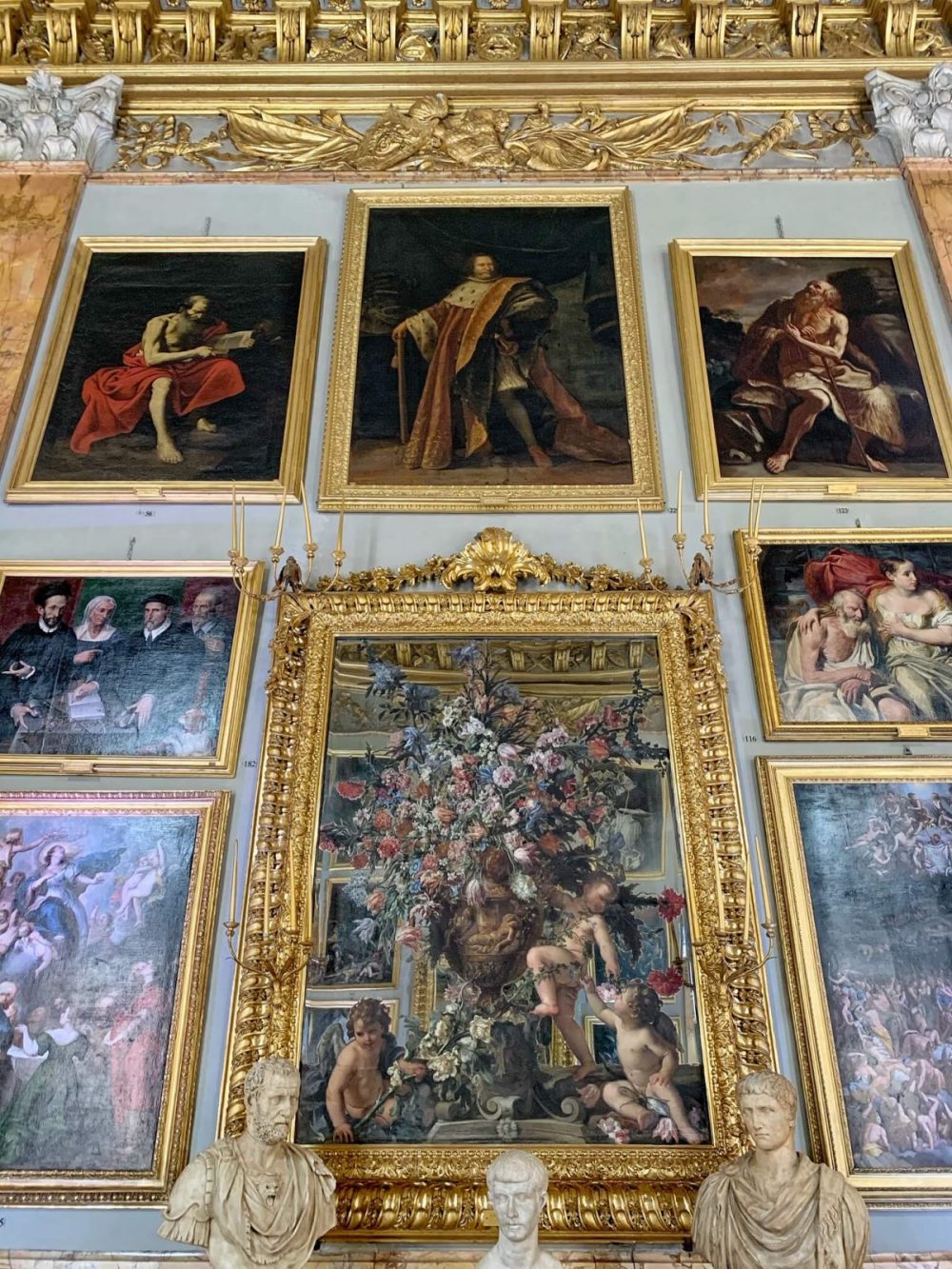 The Apartment of Princess Isabelle

Isabelle Colonna was born in Sursock from a wealthy family of byzantine origins. She fell in love with Prince Marcantonio, who brought her to Italy where she became an aristocratic socialite. After the fall of the monarchy, Isabelle replaced the last Queen of Italy, Marie José of Belgium, as a “substitute queen” offering regal receptions for royals, bourgeoisie, bankers and financiers. The Apartment is where Princess Isabelle received many royals, including Queen Elizabeth. I assure you the beauty of this apartment is no less than the grand halls of Versailles. The furnishings and arrangements have been left exactly as they were after the Princess died in 1984. From the Vanvitelli Room to the Ball Hall, from the Dughet Hall to the Hall of the Fountain, get ready to dive into a real treasure chest. 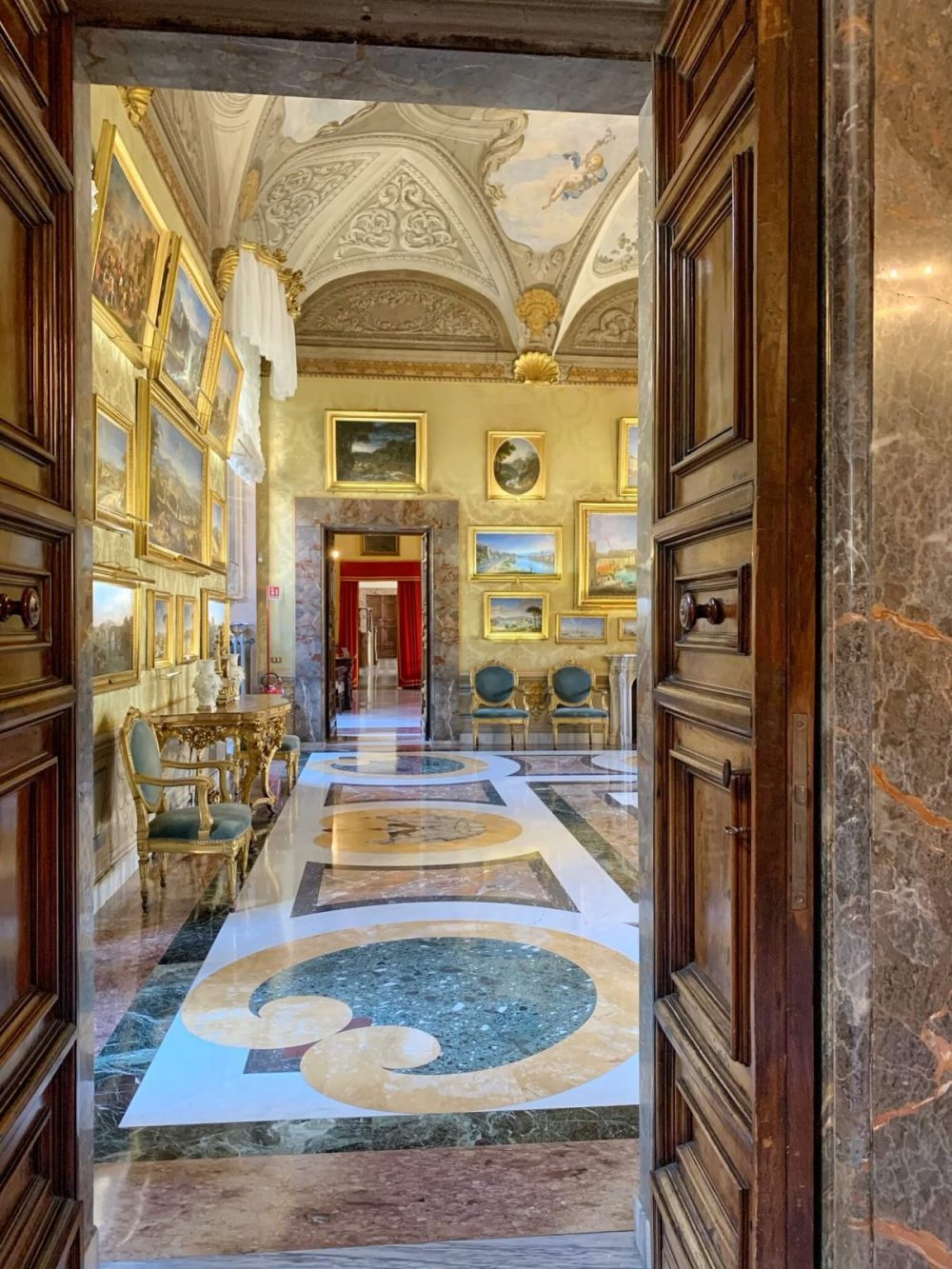 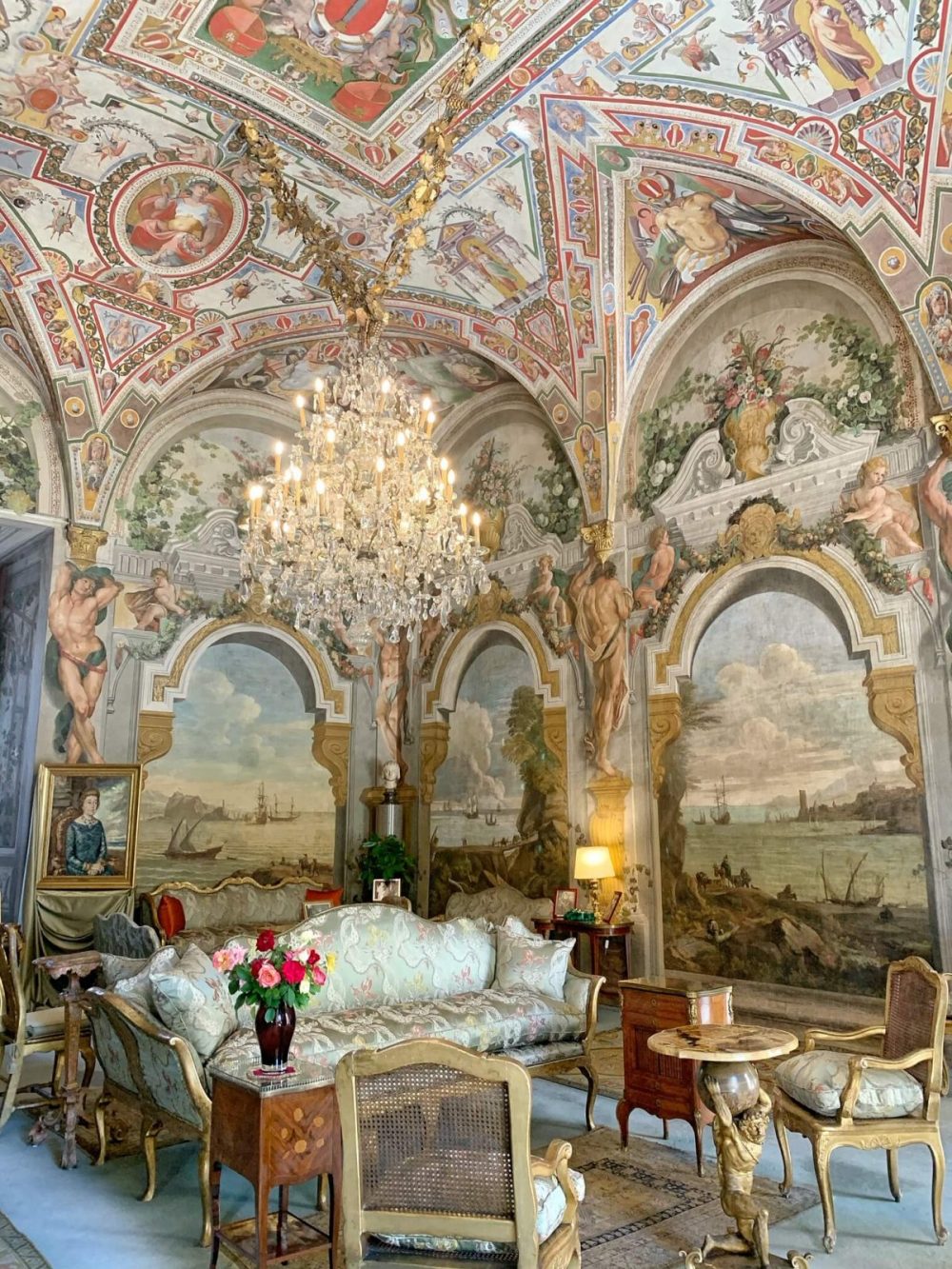 Open every Saturday from 9am to 1.15pm (last entry)

entrance on Via della Pilotta, 17

Tickets and info on galleriacolonna.it

4 great places to visit in the Netherlands