How many times have you visited a place – or what was left of a place – while travelling the world? Most of us have. The Colosseum, Ephesus and Machu Picchu are just some examples that come to mind. But what if instead of just imagining how these colossal monuments looked like, we could actually see them the way they looked thousands of years ago?

“Sounds like you need to build yourself a time-machine, Federica.” Not quite! We all know that technological advancements like augmented reality exist. And what does augmented reality do? It simply creates a 3D reality, or image, in front of us by using a phone or goggles. Sounds cool, right?

It is! Especially if you apply augmented reality to culture: imagine the things you’d be able to see. Walking through ancient ruins wouldn’t be just walking into ancient ruins anymore. It’ll be like going back in time and seeing things they way they actually were! Thanks to historians, archeologists and experts, we are able to go back in time – without making a time-machine that could get us stuck in the wrong century – and simply admire (in total safety) these colossal buildings.

What I’m trying to say is: Rome has a new amazing experience in town, and it’s augmented reality applied to Terme di Caracalla. For those of you that don’t know what the Terme di Caracalla are, they’re one the most famous ancient thermal baths in the world. They were built by the notorious Roman Emperor, Caracalla, and inaugurated in 216 AD. 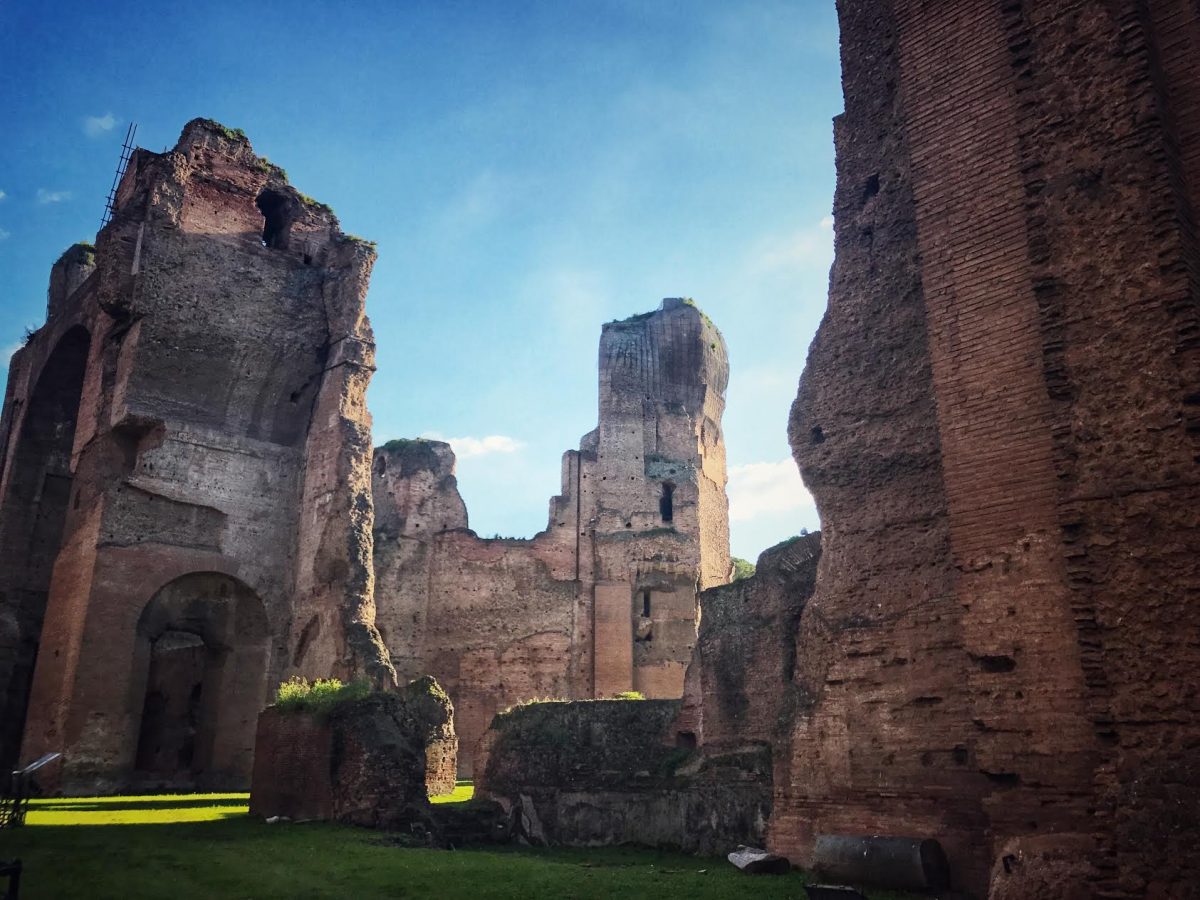 As you’re strolling through the Aventine neighbourhood, the colossal remains of the Terme di Caracalla will be impossible to miss. They’re giant, they’re imposing and they are the only monumental baths of Ancient Rome to have maintained their architectural structure in such a complete and preserved from.

Terme di Caracalla Between Past and Present

As you step inside the colossal ruins of the Terme di Caracalla, you’ll be given your tickets and augmented reality set.  Since there are only 100 augmented reality goggles, make a reservation in advance to guarantee your spot!

The path begins with the audio guide explaining what the Caracalla baths are, when they were built and their architectural predisposition. There are a total of 10 stops, 6 of which have augmented reality! As you step inside the baths, you’re going to be enchanted. You will still see the remains of the beautiful mosaics, which used to be part of the corridors. Admire the colors! What seems like just colored mosaics is so much more: out of the different mosaic colors, only the white was from the Italian peninsula, the other colors came from all over the Roman empire, from North Africa to Greece! Once you’ve had a look, put the goggles on, find your location and see how each room comes to life. From the gyms and pools, to the Frigidarium and Calidarium, it’ll be like going back thousands of years. 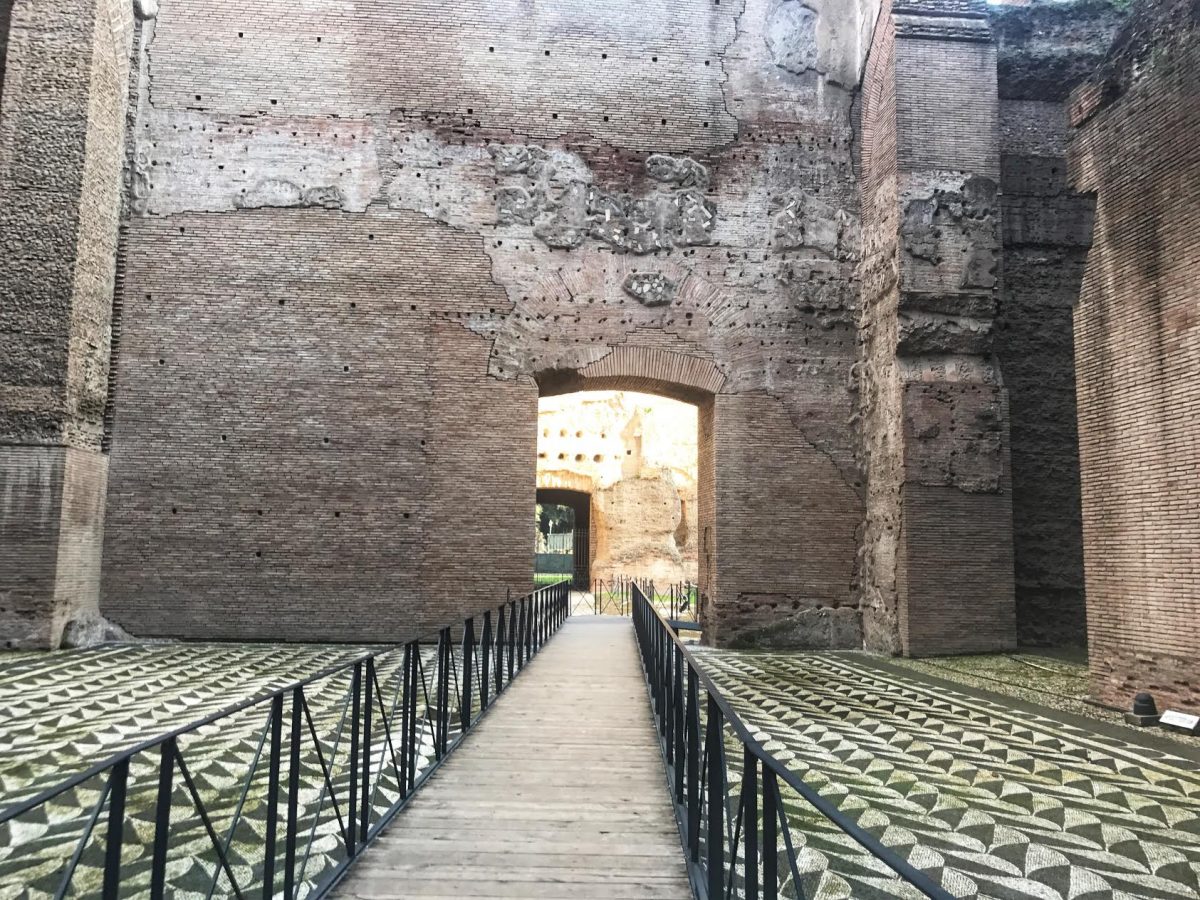 The Terme di Caracalla experience is thirty years of  historical, archeological and scientific work in just one visit. It’s one of the most amazing experiences in Rome and worldwide. An interactive, audio-visual immersion in the Roman thermal bath life.  I won’t give too much away, go see for yourself!

My favorite restaurants in Rome