The truth about growing up in multiple cities

This is all because my father is a diplomat, and moving to a different city every four years is routine. Most people’s reactions when I tell them about my life story is “you’re so lucky, I’ve always wanted to move”, which then follows with “which was your favorite country?”.

But the thing that most people don’t tend to ask is “how did it feel moving away all the time?” or “it must’ve been a wonderful experience but also very tough, right?” And those words are words of wisdom. Because  I really am so lucky to have had the possibility to live in these countries, and not just visit them. And it’s something I will never be able to thank my parents enough for. But let’s get real for a moment, while moving away and growing up in different countries is an amazing experience, as everything in life, it also has its downfalls. The most obvious one being moving away from family and friends, all the time.

But I’m not here to tell you about the downfalls, I’m here to tell you what it’s like. Because for different reasons, today we’re all moving away more often. Maybe for work reasons, or for family or just out of curiosity. Here’s what I can tell you I’ve learned from my experience of growing up in different countries around the world.

Your mother-tongue is a mix of two or more languages

Whether I’m speaking Italian or English, there is not one time where I don’t have the tendency to speak in Itanglish, you know, that language where you mix Italian and English when you speak. I’ve done it all my life, of course with people who I knew could understand what I was saying. But a girl in university pointed it out to me in particular. She was shocked by my ability to switch languages as I was speaking. The tough part is when I can’t speak Itanglish, or even slip in a bit of Itanglish in certain conversations, because I feel like I can’t express myself 100%. Which sucks, because why would someone need to speak two languages at the same time, instead of just sticking to one? The answer? If you’ve been brought up in different countries with different languages, you’ve always had to switch back and forth and so while you’ve developed both languages, you sometimes can’t find the word that you need in the other language. This is the story of my life. Also, even if you don’t fluently speak the language of the country you’re living in, you’ll find that you’re using lots of their words or gestures to express yourself! It’s amazing!

You need a support system

The first time I moved away and truly felt the consequences of our move was when I was 7 years old and lived in Rome. I had spent almost four years in Rome until we had to move to Houston, Texas. In my head I wasn’t quite understanding what was going on, I felt excited to go on an adventure to a new country. Of course I was extremely sad to leave my friends and family behind, but I was also intrigued to go live somewhere so different. The thing is though, when I got to Houston and went to school there, everything was completely different. The language was a bit of a barrier at the beginning, the kids seemed like they enjoyed playing different games (i.e. Barbie apparently was a toy for losers at the age of 7), they had weird dress code rules that seemed completely over the top (what is up with tucking your shirt in all the time?). And so you can imagine, that things were very different, and sometimes, even with the friends you made there, you didn’t quite feel like yourself. And especially at the beginning, it was very tough. It was tough getting used to a new place with completely different habits. I have a younger sister and an older brother, my sister and I have a three-year difference, while with my brother only a year and a half difference. I can’t explain enough how my life has been amazing because of them. They’re the people that were there all the time, they were the constant when everything was changing. They are my home. Growing up abroad in different countries was wonderful, but without them I imagine it would’ve been unbearable.

Answering the question “where are you from” isn’t that easy

You know when you begin a new school year and you’re asked to stand up and introduce yourself in front of the class. The teacher instructs you to: “say where you’re from and tell us something about yourself”. Oh crap. And that got you thinking, where are you from? It’s only now, in my twenties that I say I’m from Rome, because I feel like I am from Rome now, I feel Italian because I’ve spent the last years living here. But when you’re younger and you’re growing up, you’re so confused. You don’t understand where you’re from, because you’re still growing, you’re still trying to find your identity. So every time someone asked me where I was from, a looong story followed!

If there’s one thing people who have grown up in many countries have is adaptability skills. Without them, you wouldn’t be able to survive.  That means you’re able to adapt yourself to a new country, a new language (even if you don’t quite understand it), different types of school systems, new friends, new homes, new situations. This is maybe one of the biggest advantages you get when growing up in different places. You become flexible and able to fit in different types of situations. And with today’s globalized world, you seriously need to know how to adapt to new situations and new lifestyles.

Visiting a country is completely different from living in a country

I’m a great supporter of travel. Because travelling the world really does open people’s minds. Seeing cultures that are different from what you’re used to is very important. But trust me on this, living in a country is completely different from visiting it. Which is kind of why I can’t stand people who tell their travel stories as if they know THE place completely in just a week that they’ve been there. It’s one of my pet peeves: people that travel who think they know everything. OMG please stop. You don’t know everything.

I lived four years in stunning Istanbul.  I will never forget it and it holds a special place in my heart. It’s bustling, it’s chaotic, it’s fun and it’s full of life. The people are some of the most exquisite people I have ever met, and will go above and beyond to make you feel welcome. The whole place screams life and diversity and love and chaos, and you find yourself, as a foreigner, caught up in its fantastic culture. You slowly start to feel at home. The sound of the Muezzin call to prayer that was at first so foreign to you, becomes something you can’t be without. I think this is the difference between visiting a place and living in a place. When something that is so distant from you, slowly becomes part of you.

Home is more than one place

I feel that Rome is my home. But thinking about my life, where I went to school, who my friends were, it’s not Rome I only think of. My memories are scattered around the globe. Home is where you feel comfy, it could be a place but it could also be a person. I like to think that my home is built with bricks coming from all the places I’ve lived in and all the memories I cherish. Home is when I think of our Christmases spent in Houston. The most beautiful Christmases ever. Home is my mom dressing my siblings and I for Carnevale parties in Rome when I was a little girl. Home is my old street in Houston where we used to play hide and seek with our neighbourhood friends. Home is the smile of the gardener in Istanbul. It’s the smell of my grandmother’s pizza invading the house. Home is all those weekends spent in our pool playing with our friends in Houston, or the wooden house my parents built for my brother and I when we lived in Tehran. Home is walking in Ortaköy and admiring the ships navigating the Bosphorus. Home is when my best friend Ilaria came to visit me in London. Home is all those Easters I spent with my family at our home is Assisi. Home isn’t just one place.

Tell me you want to take me to Asia tomorrow, I will have my suitcase made instantly. After so many moves, I’ve become a  professional suitcase maker and packer. Whether it’s to go for a weekend getaway, or for a big move, I know what to take, and I can pack immediately. I have friends that ask me or other friends everything they’re going to take because they don’t want to forget anything. I find that crazy, maybe because I’m really used to packing. I remember when we’d move houses, our parents would tell us to pack what we would need for the next few months, because all the rest was going to be boxed and we wouldn’t be reunited with our stuff till many months! The hardest decision was which stuffed animal to take!

Often times, you crave foods that aren’t available in your current city

It’s very ironic that I live in the country with the best cuisine in the world but literally crave things from other countries very often. One of the things I crave the most is chocolate chip cookie dough. Either the ice-cream flavour from Baskin Robbins, or the Pillsbury chocolate chip cookie dough. Like, I would eat it out of the bucket. I also crave köfte all the time, a Turkish type of meatball, but not just any köfte, the köfte from that small bar next to my old school, the best köfte I have ever tried. Not to mention the mussels with rice that you get in Cesme during the summer!! Yummy! 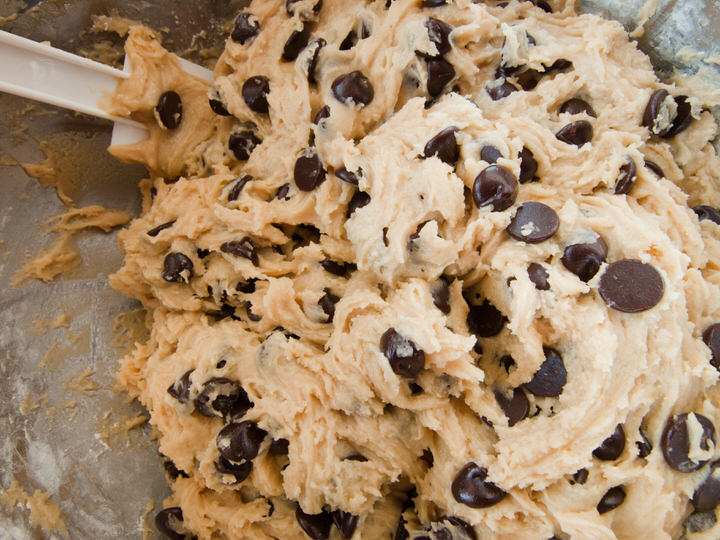 You’re in love with year books

For a person who has lived abroad all the time, you can imagine the amount of year books I have with different schools on them! And I’m in love with them! People always belittle year books and their importance. But if you’ve frequented lots of different schools, they’re really something to cherish! 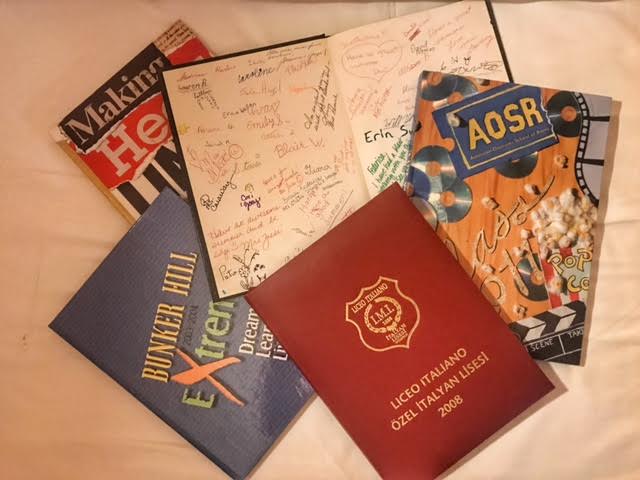 When I moved back to Rome when I was 16, everything kind of felt different. Sure, I had to integrate myself to a new school, new people, new system. But it had never been easier. I guess because it was an international school. There were people from all over: Italians, Spanish, Israeli, Indian, American! It was wonderful. And while we were all different, we were also so much alike. Some of my closest friends, whether they’re in Rome or far away in another country, I met when I was at American Overseas school of Rome. My favorite school of all time. 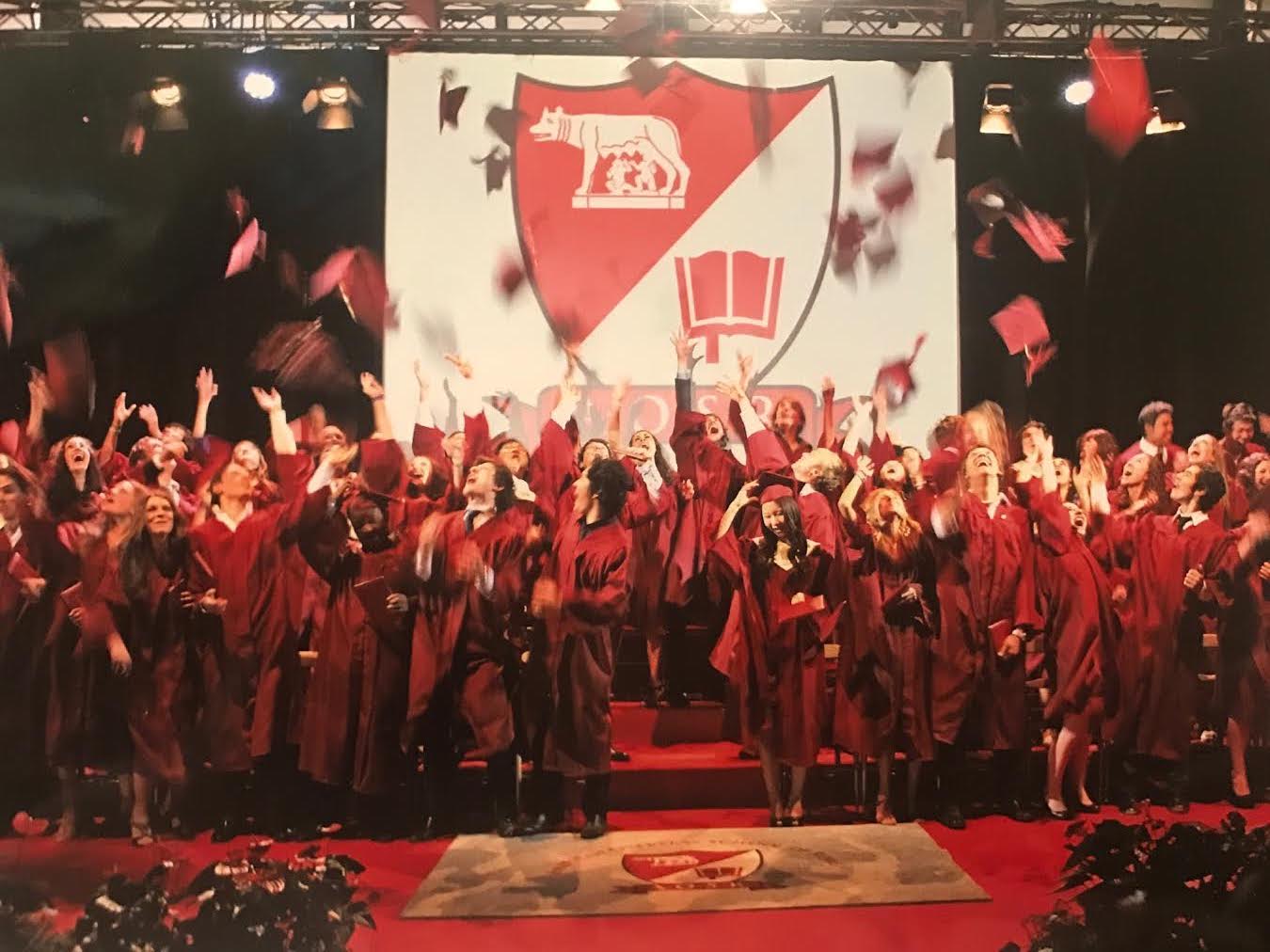 Guide to Portovenere, the gem of the Cinque Terre

Ciao, follow me on social media To find daily inspiration!